Cream Cheese – two ways in two days!    I love the versatility of Cream Cheese.   From savory dips like today’s Cob Loaf Dip and yesterday’s Cheese Ball, to the sweetness of cheesecakes and frosting.      You’ve got to love an ingredient which can be used in both sweet and savory recipes. 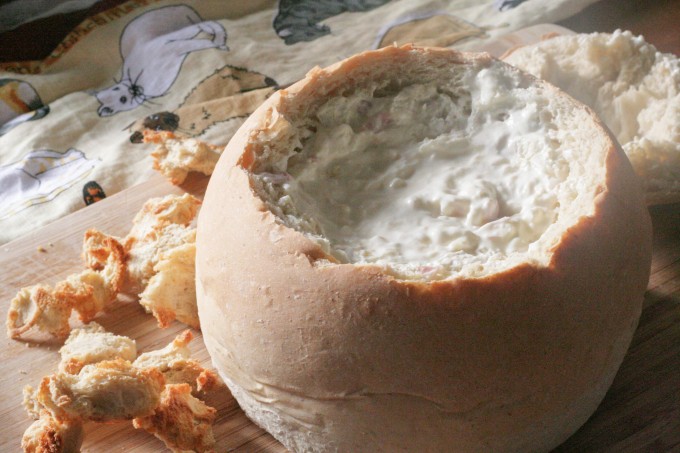 Today’s Cob Loaf Dip is a creamy, soft dip, thanks to the addition of sour cream.   It does not hold it’s shape like the Cheese Ball, which is why it is served in a bread bowl.   There is no reason why you can’t just serve it in a regular bowl but half the charm of this dip comes from it’s rustic look.    You might also need to come up with another name!    It is called a Cob Loaf Dip because in Australia (and I think in England too), a round loaf of bread is called a Cob Loaf.    My local bread shop (Great Harvest) often sells a white and whole wheat round loaf which tastes divine.   You can also often find a sourdough round loaf at supermarkets. 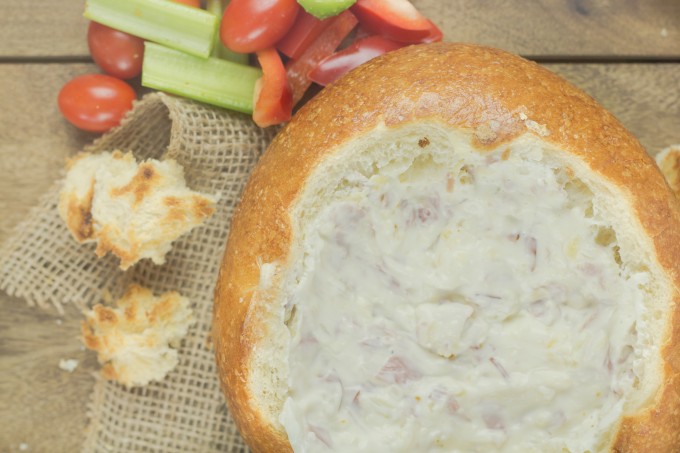 I can just picture this dip being served up in a country kitchen, with a breeze blowing though the windows, and fresh vegetables from the garden ready to dip into this cheesy goodness.  My vegetable garden is going to look a little pathetic this year, as we are heading to Australia for a month later this year.     I’ve got some chard and peas growing right now, but as I won’t be able to maintain the garden while I’m away, not much is being planted right now. 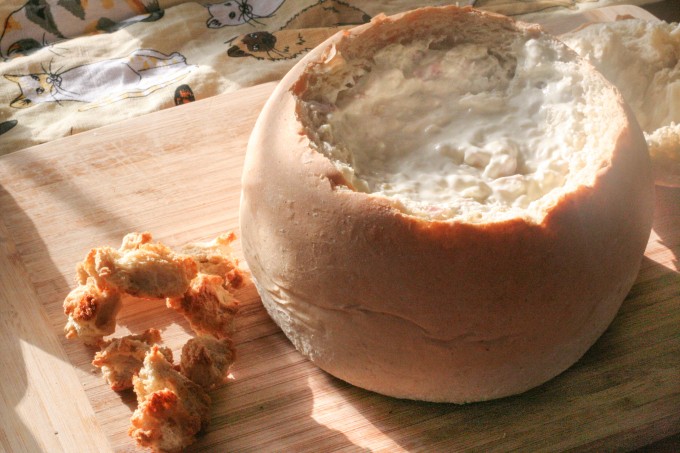 This recipe makes quite a bit of dip –  it fills up a large round loaf of bread – so it’s a perfect appetizer for a night with your friends.   When you dig out the inside of the bread, make sure you keep the insides for dipping! 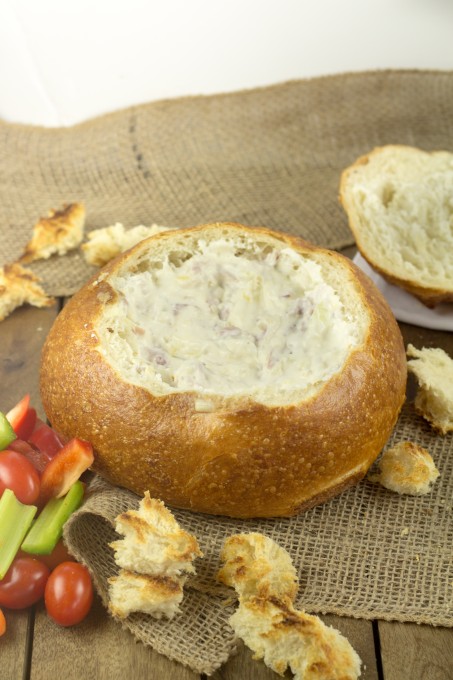