Popovers are another food which I had never heard of until I moved to America.    It must be something about the word “pop”.   Popovers, Poptarts, Popsicles were all new foods or words when I first moved.   Even “Pop” in reference to soft drinks/soda was a new word.   I first discovered popovers in my favorite children’s cookbook – Williams Sonoma Kids Baking

and this recipe is adapted from theirs. 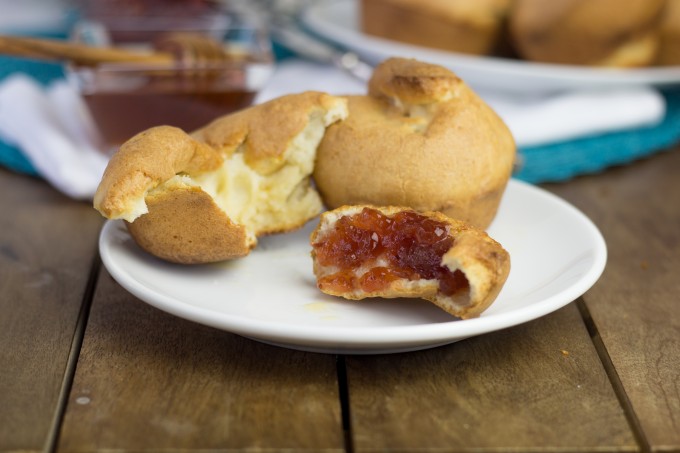 Popovers remind me of a baked pancake in terms of the ingredients and taste – but then popovers change the game by being muffin shaped, hollow inside, soft on the inside and crispy on the outside. Apparently they are similar to Yorkshire pudding, however I have never eaten Yorkshire pudding to be able to confirm that!

In America, they are usually eaten as a breakfast food and served with butter, jam or honey.   My kids love to eat their popovers with honey, but I personally prefer the jam! 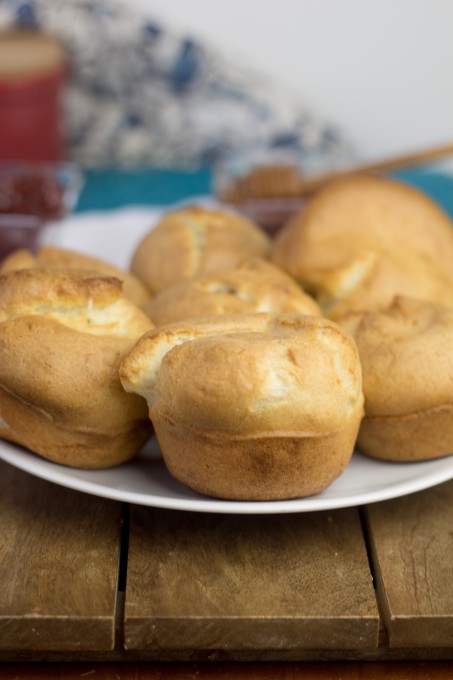 I make my batter in a blender – it’s quick and combines the ingredients perfectly. The other added bonus is that I can pour them straight into the greased muffin tins.

When the Popovers are cooked, it’s important to quickly puncture the top of the popover with a wooden skewer or tip of a knife to release the steam. 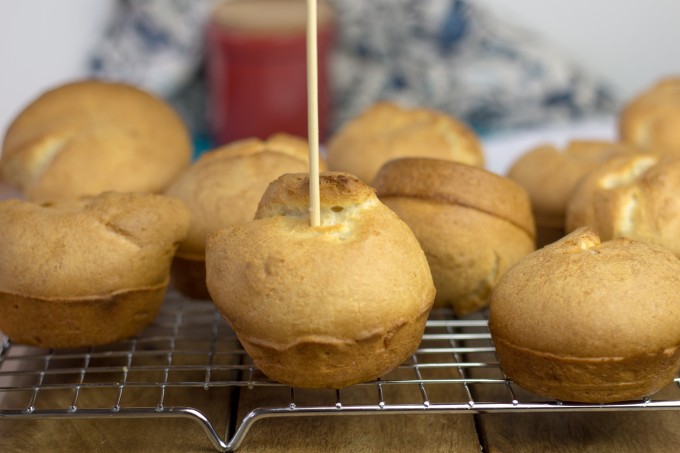 To change them up a bit, you could make these popovers savory by adding some Parmesan cheese to the batter. 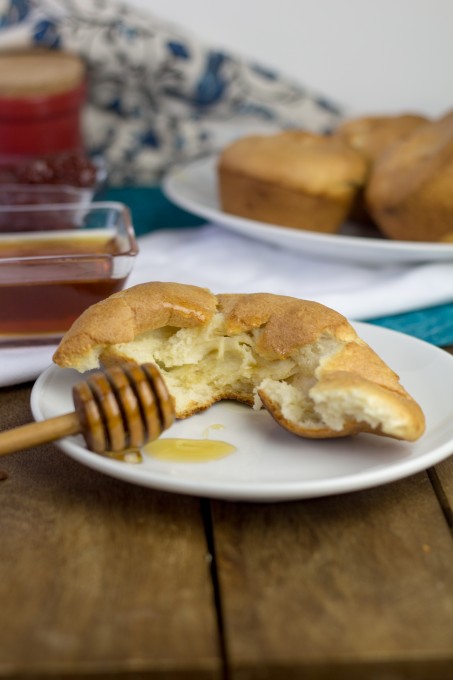