Eggs! They have to be one of my favorite foods for breakfast. They fill you up, and taste wonderful. Unfortunately, breakfast is usually a quick meal for me so I don’t get to have omelette as often as I want. But this Stuffed Omelette is perfect for a leisurely morning. 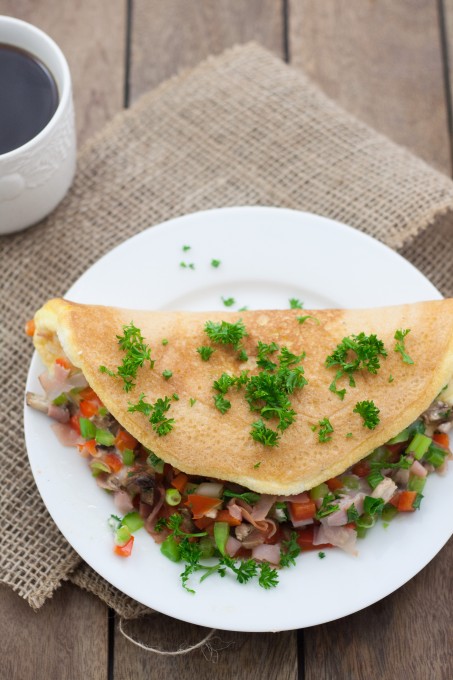 This recipe comes from my mum. I hear that this may just be my dad’s favorite breakfast. He’s one of my faithful blog readers, and this post will publish while he’s sleeping, so he’ll wake up to a stuffed omelette on his computer screen. I wonder if, somewhere in Australia, there is going to be an omelette made for breakfast? 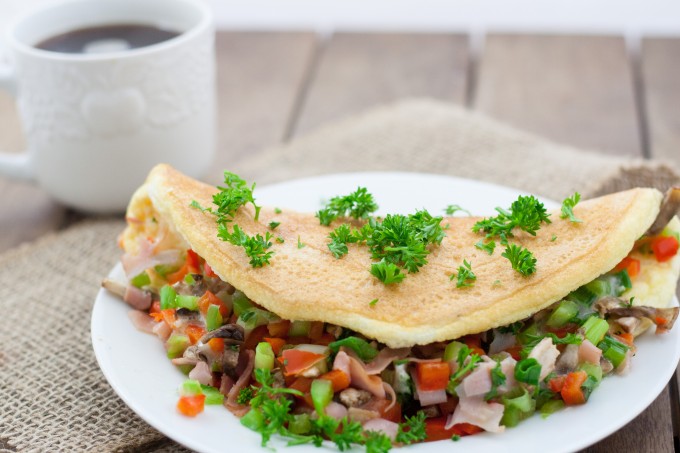 There are many options for an omelette filling, but these are my favorites: bell peppers, ham, mushroom, spring onions and parsley. I also wanted to show off my favorite cutting board. Isn’t it cute? If you don’t have a flat whisk, then a wooden spoon will do the job. Just be gentle!    I only make one omelette at a time.   I find that the egg whites begin to weep and become watery if they are not used immediately.   You can prep the veggies and separate the eggs at the same time – just leave the beating of the egg whites until you are ready to cook. 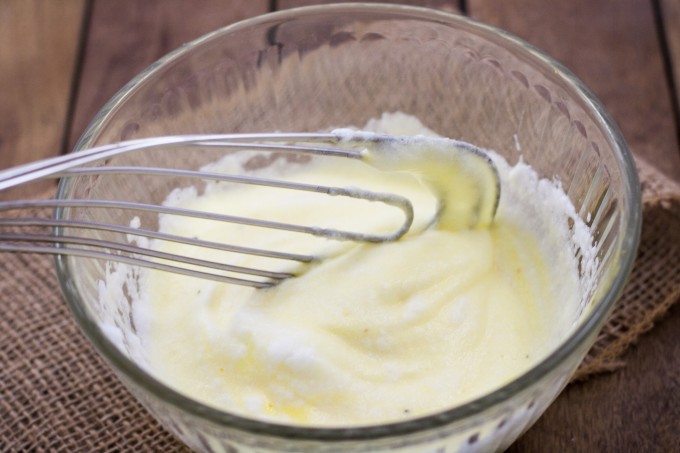 Next the egg is cooked in the skillet. The underside will be more cooked than then top. All those lovely fillings are placed on top, along with the cheese. Then the skillet is placed under the broiler to cook the top side of the omelette. 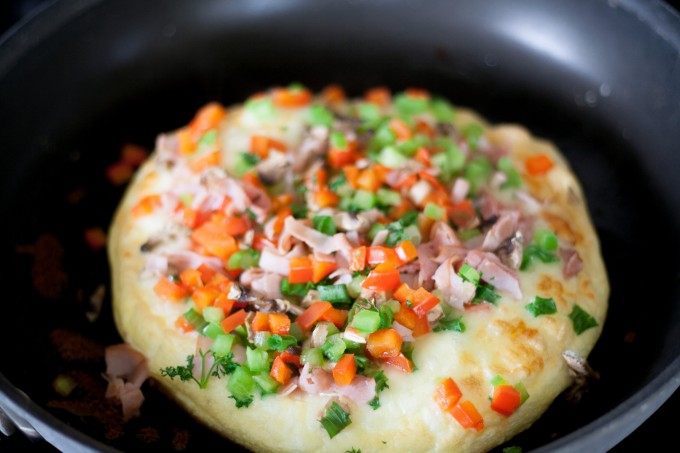 I love raw veggies, so I don’t fry any of the filling prior to the broiling. This way, the veggies are warm but crisp and still kind of fresh. Once the top is browned, the egg is firm and the cheese has melted, your omelette is ready to eat. Fold the omelette in half once it is on the plate. 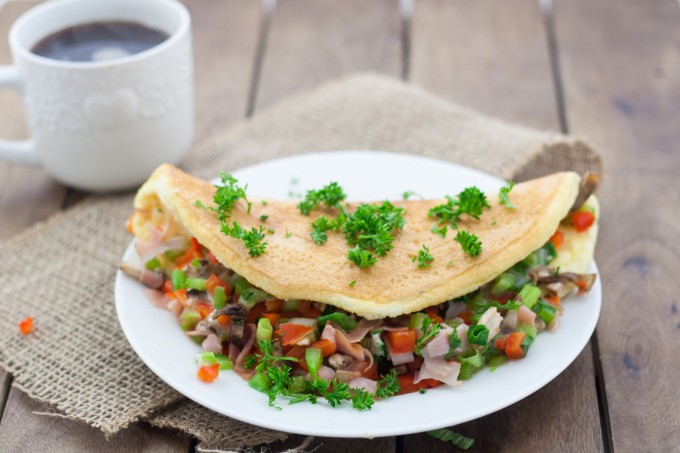 And breakfast is ready.