Apple Crisp or Apple Crumble? Most Americans would call this dessert an Apple Crisp but I call it an Apple Crumble. I use many American words these days, however if I don’t have to use them in public I tend to stick with the Australian version. This is a dessert which I serve only to my family as it’s a homey comfort food, so it’s still an Apple Crumble to me! 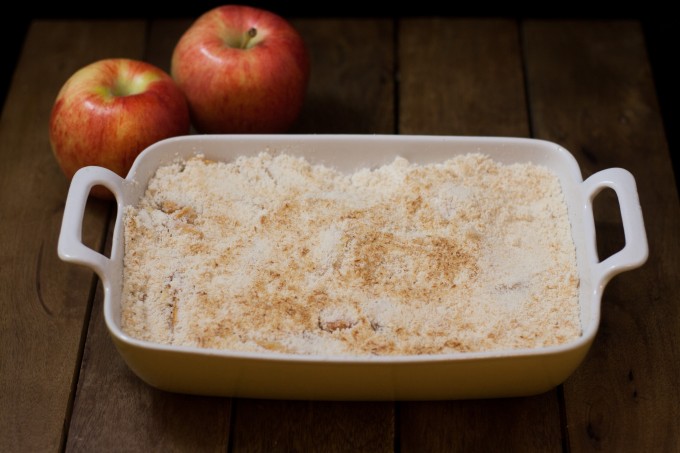 We have Apple Crisp with fair regularity. It’s quick to make when you want something warm after dinner. Living in Seattle, the need for a warm dessert happens more than when we lived in Australia! 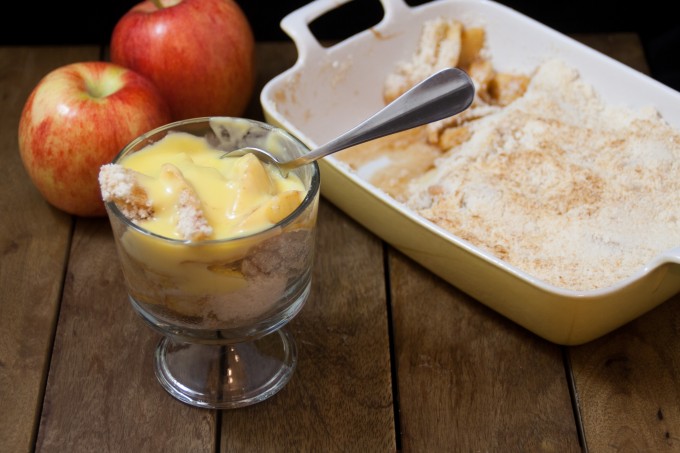 I cook the apples in the microwave with some sugar and cinnamon, giving the apples that delicious cinnamony apple pie taste. I then heat the topping in the microwave to melt the oil. The whole Apple Crisp is then put under the broiler for a few minutes to turn the top golden brown – and dessert is ready.

Being Australian – I always serve custard with my apple crisp. But it also tastes wonderful with a scoop of vanilla ice-cream. 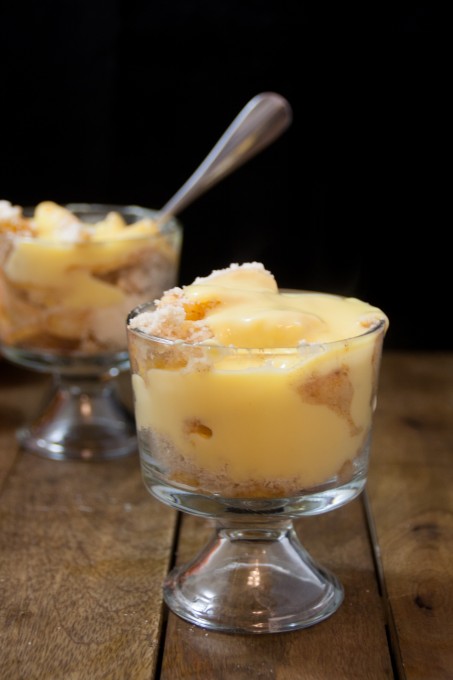 I make this dessert gluten free by exchanging the plain flour for a gluten free plain flour blend, such as Namaste Perfect Flour Blend. It has no oats in the topping, so it’s softer than many crisp toppings. But the coconut makes it delicious and crumbly.